Converting a former nightclub into a city centre resource church is no easy feat. Yet Fountains Church Bradford has managed this, now worshipping in its new building and launching Wrestling Church this April. We spoke to the Revd Linda Maslen to hear more. 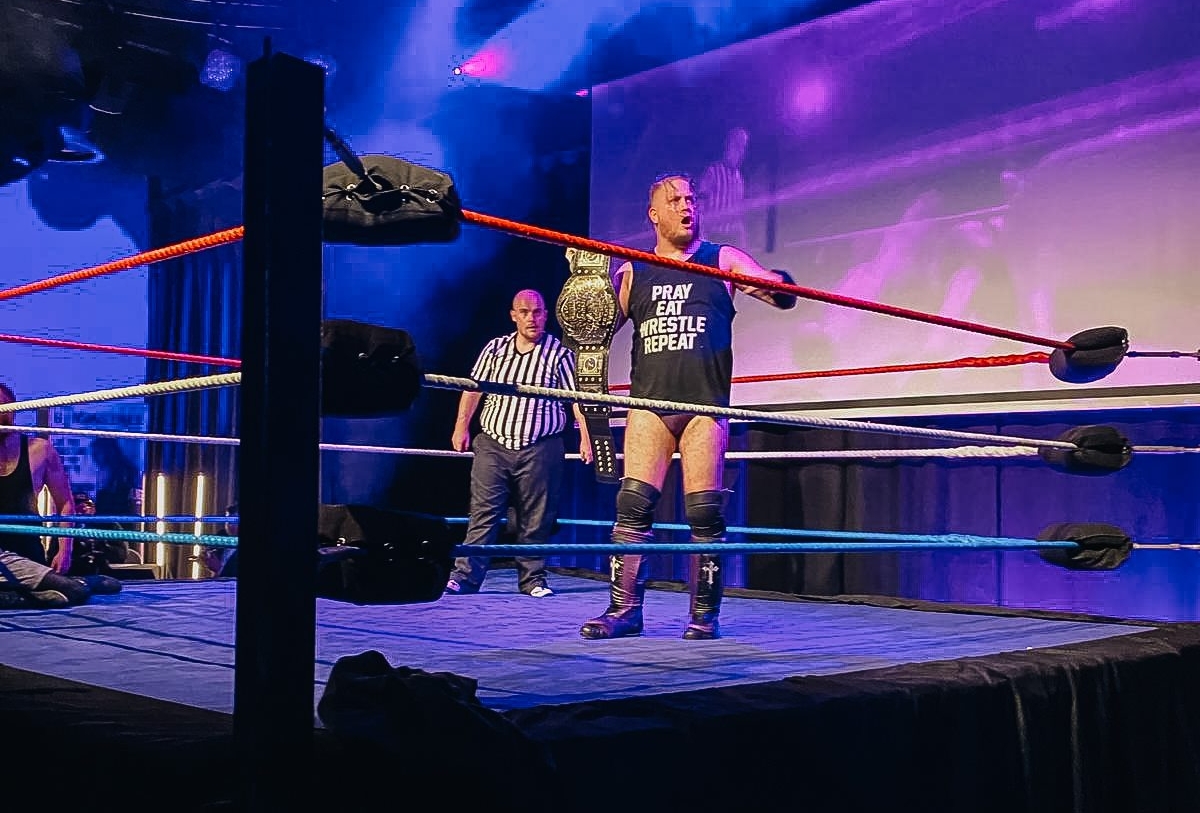 In 2020, we spoke to Fountains Church’s leader, the Revd Linda Maslen, to find out about this new city centre resource church in the heart of Bradford. At the time, Fountains Church was in the final stages of being purchased; the site had previously been the venue of three different nightclubs, including Revolution Nightclub.

Two years on, having negotiated all the complexities of the pandemic, Fountains Church is flourishing in its new building and in the wider community of Bradford. Their main service on Sunday afternoons welcomes around 120 people and last year they planted a Saturday gathering for those on the margins, centred around a meal. ‘Pay as you feel’ meals take place on Tuesdays and Thursdays to support this wider community. They have also established a social enterprise called Grace Kitchen – a food store and kitchen that rescues excess food from supermarkets, local shops and wholesalers.

Ahead of hosting this year’s Multiply 2022 Church Planting Conference on 23 June, We caught up with Linda to hear about Wrestling Church launching this April, their recent partnership with St Margaret’s Church in Frizinghall, and the immense task of converting a former nightclub in a city centre resource church.

What is Wrestling Church?

I don’t think I would have come up with this idea by myself! But we have three professional wrestlers in our congregation, one (Gareth) who had already started a ministry with wrestling before joining Fountains. At the very beginning of our Fountains journey, Gareth shared that he had a vision around wrestling and outreach, and he asked if we’d be interested. I thought it sounded so crazy that it must be God and said yes! Last year we began to have regular professional wrestling performances, which would sometimes include evangelistic elements, and on Saturday 23 April we’re holding our first Wrestling Church. Three people will be baptised in our first service – they have come to faith through wrestling and being part of the wider Fountains community.

Wrestling is a great medium for telling stories and re-enacting the themes or stories or battles in the Bible – it definitely has a pantomime element and my grandkids love it. The BBC is doing a documentary about faith and wrestling so they are coming to the first wrestling church. Bradford has quite a heritage of wrestling so it feels like another way that we can connect to the history of this wonderful city.

We also have a wrestling school each week where people are being trained to wrestle, to become referees or be part of the tech or events team – it is a great opportunity to get to know people, build relationships and talk about Jesus. It’s a very different demographic from our Sunday gathering – most people don’t have a church background and we often find ourselves connecting with those who have deeply traumatised backgrounds and who are finding their roots in faith.

It’s beautiful to be part of people’s journeys – as well as the three people getting baptised at Wrestling Church, another guy is getting baptised on Easter Sunday. He’s become part of our Sunday congregation, and he’s kicked his addictions and his anger issues have begun to melt away. He loves being part of the community and he wants to get married to his girlfriend, so it’s amazing seeing his faith grow.

We’re excited about our new partnership with St Margaret’s Church in Frizinghall. Our Associate Leader Nathanael has gone half-time at Fountains and he’s now working as Interim Minister of St Margaret’s Frizinghall for the next three years. St Margaret’s had been without a vicar for a few years and I’d got to know them during this period. They advertised for a part-time vicar and the possibility of working together began to emerge post-lockdown. We’re now partnering together to support the life and mission of St Margaret’s, which has had a long history of serving the local community. Nathanael is there every Sunday morning and then joins us at Fountains for our afternoon service. There’s lots of children and families there and Nathanael is exploring how to resurrect some of the ministries that stopped due to Covid and raise up lay leaders in the congregation.

This model of working in partnership together with another church seems to be working well and hopefully we can replicate it again in the future. Instead of sending a big team, we’d love to help churches to grow themselves, supporting them with resources, raising up lay leaders in the congregation and exploring how mission and outreach can be done in their unique setting.

What has it been like moving into your new building?

Converting the building has been a huge challenge, especially with the added complication of lockdowns. It was in a much worse state than we’d originally realised – the contractors found over 100kg of needles, which took six weeks to remove safely, and at one point we were banned from entering the site to pray as it was too dangerous. However we’ve now completely finished phase one – we have an auditorium, cafe and hub space – and it’s wonderful to see how the building is being used by the church and the wider community.

We’re developing a ministry around food and hospitality for those on the margins, which is growing through our new cafe and kitchen. We’ve started a social enterprise called Grace Kitchen, where we rescue excess food from supermarkets, local shops and wholesalers, and then either send it directly to food banks or we make meals for food banks or meals for our community. We’re also developing a ministry for Afghan women who are new to Bradford to support their mental wellbeing. Their husbands are out all day at work, so we’re providing a space for women to bring their families and cook meals together to help combat isolation and loneliness.

We recently began working with the Police Command of Bradford to support those on the margins in the localities, so on Thursday lunchtimes we’re joined by housing outreach, support workers, drug and alcohol services, a GP, mental health support, testing for Hepatitis C, and hopefully we’ll start offering benefits advice and support around fuel poverty too. It’s amazing to have all these services happening at the same time in one location and to be a blessing to the community. Within the first few weeks we’d seen 13 people housed! We also rent the space out to The Bridge Project, a charity supporting recovery through a 12-step programme, and the leader recently told us that there is something different about this space – people are calmer and open up in ways they never did before.

This building was once a place of great darkness, but now people who don’t know Jesus experience his light just by walking in through the doors. We love seeing God at work in people’s lives – we don’t always know how God’s Spirit will move but we’re trying to respond and keep in step with what he’s doing in this wonderfully unique city, building relationships and supporting those around us.

For a chance to meet Linda and hear more of the amazing stories taking place at Fountains Church, why not visit them on 23 June when they host Multiply 2022 Church Planting Conference – one of 12 locations across the nation. 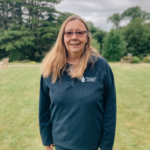