John McGinley talks about his new role and about the vision of Myriad, a movement to connect and support those – especially lay leaders - who feel God is calling them to plant new churches as a way of re-evangelising our nation.

John, please tell us a little about yourself and what has led up to you joining CCX at this time?

I’m currently Vicar of Holy Trinity Leicester where I’ve been for 12 and a half years. I’m married to Bridget and we have two grown up daughters.

Holy Trinity has been a formative place for us. Since we arrived we’ve had lots of opportunities around mission and planting. We’ve been part of a Mission Community Strategy team and have seen 20 Missional Communities planted over my time at the church. We’ve also planted four churches, and two of these have gone on to plant again.

For the last couple of years I’ve also worked with New Wine as Head of Church Planting Development. I’m so grateful for the opportunities which these roles have given me and which have eventually brought me to CCX and a new position on the team.

What is your new role?

My job title is Executive Director of the National Myriad Programme – it’s rather long but basically I’ll be heading up Myriad which is something new and coming out of CCX.

Can you tell me about Myriad?

At its heart Myriad is a movement, a way of connecting with and supporting those – especially lay leaders – who feel God is stirring them and calling them to plant new churches as a way of re-evangelising our nation.

Myriad isn’t another new initiative, or another programme and we’re certainly not coming with all the answers – it’s about getting alongside people and getting everyone to join in with what we believe God is already doing in the Church across every tradition.  We’re actively working to find partners who will work with us from every tradition and we want to inspire a similar growth in other denominations and networks in order to see the re-evangelisation of our country.

How did it begin?

Myriad has been developed out of a vision which started when a group of us including myself and +Ric Thorpe started to dream dreams and to think about what it would take to re-evangelise the nation. In recent years there’s been so much progress with amazing new initiatives including pioneering, fresh expressions and resource churches – but we haven’t yet seen the tide turn in the decline of the Church.

In our thinking and praying we were asking, what is it going to take to reverse this decline; to make a difference?  And as we began to talk with bishops and other key leaders a vision was born to see 10,000 new churches come into being over the next ten years.

The numbers seem huge but if 100 people attended each of these new churches, that would still only be 1 million new disciples of Jesus.

And what would it take to do this? We believe that answer lies in a movement of lay led congregations.

We have been inspired by the Anglican Communion where in Africa new congregations grow as they evangelise new areas and as they form a new Church community they raise up lay catechists or pastors to lead those churches under the leadership of a priest. This has significantly increased the capacity of the church to plant new churches.  So this is Anglican but it isn’t something we are used to and it will involve new roles for priests in overseeing these lay-led plants.  And in Myriad we are wanting to be a thought-partner and catalyst to help the church grapple with these issues.

So we know it can be done and we know that it is Anglican, so the next question is: Why not here?

Have you seen this happening in this country – lay people who are planting churches?

Yes, I have! At my previous church, both I and my intern, Wole Agbaje, sensed that God was calling him to plant a church. We supported Wole in taking a team of ten people to plant and the diocese commissioned him. Out of this came Imprint Leicester which began to grow and then Imprint London, now based at St Edmund’s Church in the City of London, was born. And it is happening in Ipswich and Manchester and Worcester and Poole and many other places.

Myriad is all about wanting to connect the learning already out there, to tell and to celebrate stories like that of Imprint.  Archbishop Stephen Cotterell has said that we need more imagination if we are to grow the Church…we haven’t seen what it could look like yet – and maybe that’s one of the limiting factors.

So how can Myriad help?

Myriad simply aims to support dioceses in imagining what could be, and to bring fresh resources to help and support them in training, releasing and structuring lay church planting in their diocese.

In greek ‘Myriad’ means 10,000 and in older versions of the Bible it’s a word used to describe the angels.

But we are not focussed on the number.  In the word, ‘Myriad’ I also see lights and variety, reflecting that when we’re looking at new churches, it’s not one size fits all. We’re not talking about a ‘franchise’ of churches but lots of different sorts of Church. Some of these will be quite small –  teams of four, five or six people who are maybe thinking, ‘could I have a church in my area, or on on my part of a housing estate?’   And we’ve been talking with people about planting in care homes, for example, in gyms and coffee shops. It’s all about asking ‘what could that look like?’

The name ‘Myriad’ also communicates the scale of this movement and its possibilities, which causes you to think differently. If you just think of a little ‘add on’ of churches, then you think in a particular way. On the other hand if you ask could we have 10,000 new churches, then you think on an entirely different scale and we begin to grapple with all the questions and challenges that come from this.

In the context of this time when we are emerging from the pandemic, how do you think Myriad fits in?

We’ve sensed the timing of God in this. Our thinking started around two ago – before we knew about Covid-19.

Looking back, the pandemic has done two things – firstly it has been an exhausting and challenging time.  And these challenges have revealed areas of church and mission that we have to address.  But the exhaustion also means that we need a period of recovery and reflection.  So in launching Myriad we are asking ‘who would like to go on a journey with us?’  And it is only those who are sensing the call of God to explore these new ways of being church that we will be working with.  Others have an ongoing calling to strengthen the parish churches.

But the pandemic has also created rapid movement and innovation – we’ve discovered that the Church isn’t wearing ‘lead boots’ and unable to move… we can go online, we can do things in new ways, there is an appetite for change!  We see a mixed ecology developing – a simpler, humbler, bolder church of missionary disciples – and we believe this can all be expressed in Myriad.

What are the next steps?

One of our next steps is to put our team in place. Coming out of CCX Myriad is sponsored by Bishop Ric. I am heading up the team and Ros Hoare oversees our resourcing and relationships. One of our priorities is to recruit a prayer coordinator as we’re absolutely convinced that prayer is the engine of this and that to fulfil our vision, there has to be a move of God – we can’t do anything on this scale. We’d love to find a network of people who will regularly gather together online to pray for Myriad.

We’ll also be looking to recruit a Learning and Development lead, someone who will ask what training and development could look like on the ground for those people who may be thinking, ‘I wonder if I could plant?’ and who will work out how we can come alongside them, support and equip them in their context.

And we also want to connect with sending churches.  A church who may want to think about hosting a learning hub, for example.

Finally – we’d love to hear from those who may want to give, people who think, ‘this is exactly what I’ve felt called to support.’ It’s important for people to know that Myriad isn’t being paid for centrally by the Church of England.

We’re so grateful to All Churches Trust who have generously provided a significant grant to help us begin the work of Myriad. And this is a match-funded grant which means if people give on top of this their gift is doubled.

What would be your hopes and dreams for Myriad in the next year, John?

My hope is that we will genuinely connect with those who are feeling called. We want everyone to join in and we want to offer what support we can. As a sign of our desire to come alongside dioceses and serve them, our team has personally been in touch with every diocese and we have spoken to bishops or their representatives across the country.

Again this isn’t a programme or a package and we don’t have all the answers but we do long to  connect with people who are feeling called.

My hope is that we can establish the prayer network quickly and then that we’ll be able to provide some church planting resources for people. We plan to set up some pilot learning hubs in dioceses up and down the country and I’d love to be in touch with 250 potential church planters in the next year.

We genuinely want to listen, come alongside and see how we can serve and support those who are called to plant.

So if you’re a planter (or a potential planter),  a sender, a pray-er or a giver, we’d love to hear from you. You can find all you need to know about Myriad at https://ccx.org.uk/myriad/ 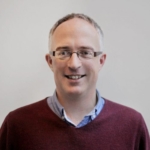