In April 2019, Hannah and Jonny Patton relocated to Goole in the Diocese of Sheffield to lead the last Anglican church in the town, St John’s. The community was facing many challenges but had a vision to see new life in their parish. Hannah and Jonny share their story of being welcomed by this community and the experience of leading a revitalisation project during Covid. 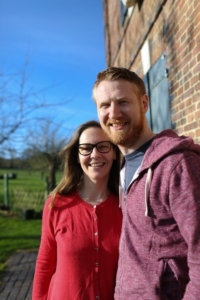 When we were exploring our next steps at the end of my curacy, we felt that we wanted to go somewhere where people were praying. We started hearing about the town of Goole in Yorkshire. Previously, there had been four Anglican churches in the parish of Goole, but St John’s was the only one left. This last Anglican church was defiantly standing and wanting to grow, yet it was coping with many challenges. Previous vicars had tried to encourage growth and explore what God might want the church to be here. Goole is a small town of 20 000 people surrounded by villages and fields, and it’s a place where people stay for their whole lives and feel very connected to parish life. As a result, baptisms, marriages and funerals have always been a huge part of the ministry here – there can be over 100 funerals every year and we have 20 weddings booked in already for 2021. I think it had sometimes felt that just keeping up with these occasional offices was a challenge in itself, without looking beyond them to do anything new.

When we came to visit, we fell in love with the place and people. I remember having a great chat with a woman in Costa and realising how friendly and welcoming everyone was here. The number one thing that people say about Goole is how friendly it is – it has a village feel where it’s normal to talk to each other in the streets. People pick up very quickly if you’re genuine, and if you’re caring and authentic they will happily make space for you.

When we arrived in April 2019, there was a small elderly congregation in the church, including six people in their 90s. In the last 20 years, St John’s has spent more time without a vicar than with one, so it felt like people wanted to be invested in and fed, and they were hugely welcoming. Over the first year, we made friends with the congregation and started building foundations. We began Alpha and introduced a contemporary service alongside the traditional morning service. We also spent time recruiting our team to support the ministry here and to look towards planting a church in the future. We often see ourselves as having three arms: we want to invest in the worshipping community at St John’s, we want to bless the town and we want to resource the wider church, which includes church planting.

We now have seven members of staff, including a Pioneer Minister for Life Events, Graham Dowling, who’s employed purely for baptisms, funerals and marriages. This new role has made a massive difference to our ministry here – there aren’t many other jobs like this in the country! It supports the need on the ground and grew out of the realisation that these occasional offices were taking up all the previous vicars’ time so new ideas never really had a chance to flourish. As it’s a full-time post, Graham also has the opportunity to pioneer within it. He’s not just fire fighting but growing it as a missional role and exploring how to use these occasional offices to evangelise and grow disciples. Even during the pandemic, there’s been fruit: Graham is helping us to make connections and follow up with families and individuals, and we’ve seen someone becoming a Christian after a funeral.

The pandemic has been hard as it felt like we were just getting going. Our children and families worker started in December 2019, so she had just started kids church before lockdown, and our planting curate moved during the first lockdown. But the team has been amazing and has focussed on responding to the needs of our community day by day. At the beginning of the pandemic, I remember us running trying to get stuff done as we realised that we might not have many days left in the office together. We sent out a care package to all the people in the worshipping community, with a letter, a puzzle book and some chocolate and we delivered them by hand. Looking back now, it was a significant moment for us – it was a great thing to do as a team together and it felt like a moving act of service for our community.

We had one Sunday off at the start of lockdown in March, then we transitioned to Zoom church on Sunday mornings in our kitchen with our toddlers running around. Our kids ate a lot of biscuits on Sunday mornings! We realised that not everyone could engage with us online – we had a post and phone only group and we wanted to make sure they could stay connected. We introduced discipleship phone calls where we divided up the whole worshipping community between our team so every person was regularly phoned. Our approach during lockdown was to use what we have in our hands: we’re not a large church but we have a relatively large team, so we decided to make the most of that.

Another key thing we’ve learnt during this period is to let go of perfectionism and the pressure to produce something that feels really polished. We’ve started sending out daily reflections by email, where a team member writes a very short reflection on a bible passage each day. It would have been really easy to have spent hours writing the reflections but we wanted to take the pressure off our team, so we often just share what first springs to mind, and this freed up a lot of time to do more. When we began, there were 43 people on our list, and it’s grown now to 96 emails from the connections that we’ve made in Goole.

We’ve also started Sunday night services on Facebook Live and again, we didn’t wait until everything felt perfect. Pre-Covid, we might have spent months planning and preparing, but instead we had a couple of conversations and started it with a laptop and a guitar. We write our script up on our children’s easel 10 minutes before – it’s really rough and ready! We call it church for people who don’t go to church and we get several hundred people watching it over the week. We’ve set up some local groups on Facebook like Goole Community Group and Goole Families and we post our content on these, so we’re getting a lot of fringe people engaging. Facebook is big here and everyone is friends with each other, so the content gets shared a lot. We also made some clips about mental health and parenting, which then drew a few people to Sunday Night at 8, and a couple of people have gone on to do Alpha. Alpha on Zoom has been encouraging too – surprisingly people seem more engaged when we meet online and it goes deeper really quickly. We had five people who are exploring their faith pray out loud during one session last term, and if we gathered in church for a prayer meeting, that would never happen!

Another new venture has been starting a Zoom discipleship course called ‘Learning to Grow’ and as it’s online, we’re able to invite people from any church in the area and surrounding villages. We’re also exploring how to turn the virtual into the physical and create community, so we give away Bibles by hand or we try to chat online to build relationships. Prayer requests are really good for creating community and a personal response – we love engaging with those on the fringes and seeing God answering their prayers for their families. It all definitely feels like an experiment – we just feel like we have to try something and see what happens! We do get stuff wrong too and we’ve never had to apologise so much in our lives since moving here. But it feels like we are connecting with people one by one and it’s a huge privilege to be a part of their lives, sharing in their joys and sorrows. We’ve come to love being part of this town and although we still feel like we’re right at the beginning of this journey, it’s a huge privilege to see what God is doing here. 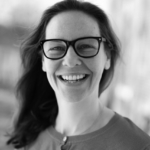